GET YOUR BARS RUN

They are 32 points, on your head. They contain the electromagnetic charge of your emotions, views and thoughts about everything you have encountered in life(s). Much of it you don't really need anymore. It mostly just gets in your way and can create illness and discomfort, hold you back from achieving your desires or even blind you to exactly what it is that you really want in and with this life.

When you let your Bars "run" it's like Marie Kondo walking into your head, so to speak. She might not do everything in 1x (because hello, do you know how much nonsense you have stored over the years?! ;)) but each session creates another ocean of space in your head, allowing you to be more YOU. And what if one day you suddenly turn out to be a walking, talking, dancing, laughing meditation? 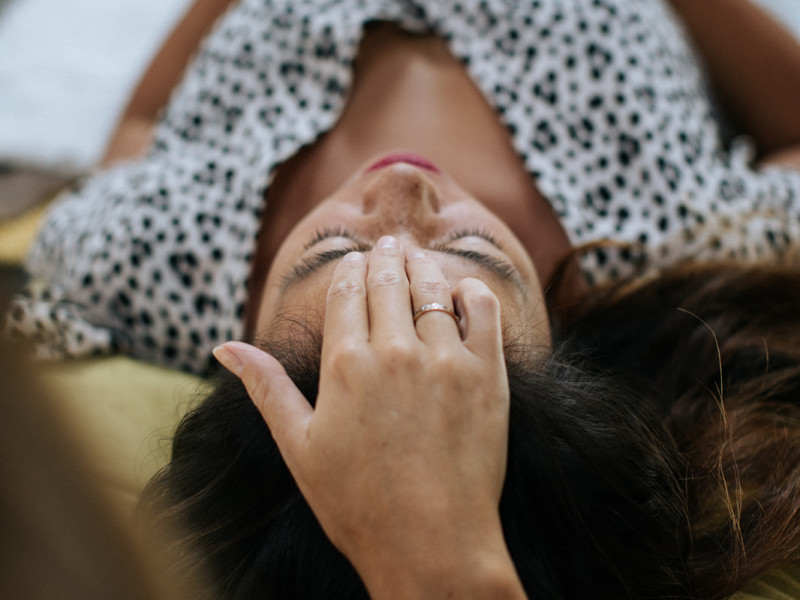 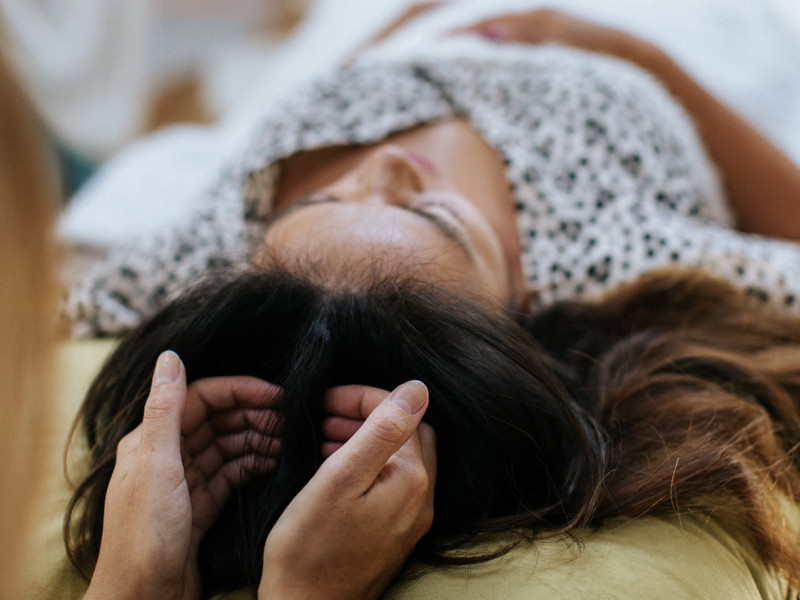 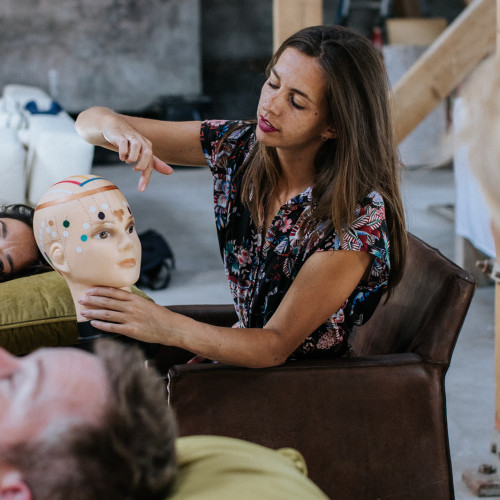 As we said Bars consists of 32 points. In them resides the electrical charge of every thought, idea, feeling, emotion, decision and belief you have ever had stored as a pattern.

Each Bar corresponds to an area in your life that it is named after, for example: all the energy of every thought you have ever had about money is stored in the "money" Bar.

Scientific research shows that cells become oval when influenced by thoughts, feelings and emotions. This is the first step to illness and discomfort. By running the Bars you bring the cells back to their natural spherical state, allowing everything to flow better again.

It also slows down your brain waves. Scientific brain research shows that brain waves move from beta to alpha through to theta, the state of deep relaxation, just before the sleep phase: delta.

This enables you to access the behavioral patterns, ingrained beliefs and opinions that are controlling your current life. 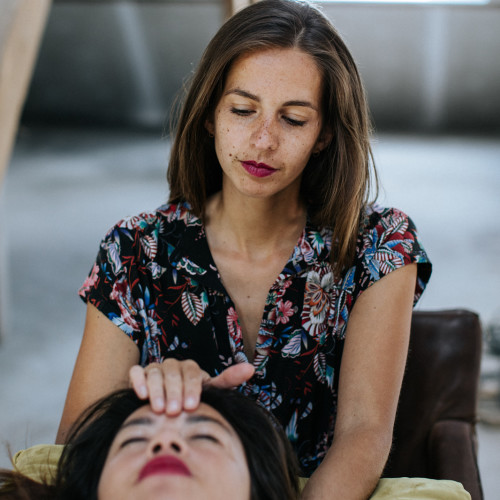 HOW CAN IT SUPPORT YOU?

How it changes and what changes is impossible to tell in advance. Worst case scenario is that it feels like a massage. But what we actually see in everyone is that the quality of life improves. The more often you receive a session, the better you will feel.

Let Barsbabe Crystel explains it to you 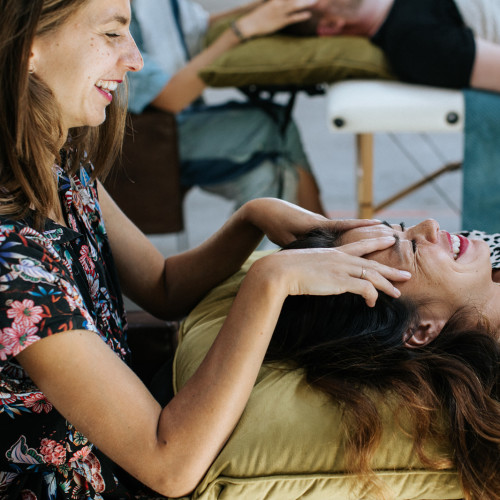 WHAT CAN I EXPECT?

A Bars session is very simple. All you have to do is lie on the massage table and one of the Barsbabes will run your Access Bars through a light touch. That's really all you have to do to make it work.

Do you find it difficult to let go of things? When doing Access Bars, there is a light touch. This slows down the brainwaves, putting you in a different state of awareness. When someone touches the points on your head you are already letting go. You don't have to do anything. You can talk, fall asleep. It is all good.

Some people see colors, some have memories that come to mind, while others have nothing. There is no right or wrong. Bodies love to be touched, especially when done without judgment. It is healing. When someone touches your body without judgment, it settles down and change can begin.

Even if you don't like massage, this may be a possibility and you may find it enjoyable and relaxing.

The less you expect, the greater the changes can be. 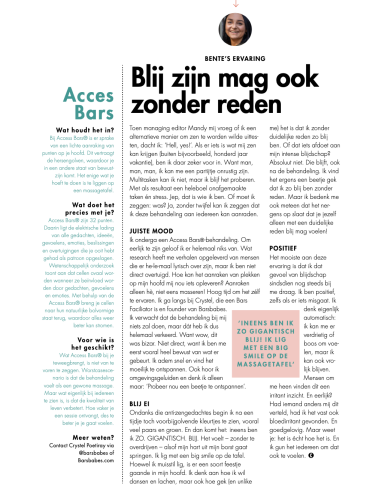 Sound too good to be true? We totally get that. The best way to find out what it can do for you is to experience it yourself. We've had so many amazing responses from hundreds of people. We can share unbelievable stories with you from clients, both from in speech therapy, and in rehab where we have applied it and of course in our practices. Or from festivals like Happinez and Wanderlust, but really the best way is you tell us your story after you experienced it.

Our goal is to make as many people as possible familiar with Access Bars. It has brought us so much. We wish that for everyone.

For example, in 2021 we had a fantastic review in the Cosmopolitan about Access Bars®. What is so wonderful is that Bente was skeptical at first. But now she is a fan and happy without any reason. 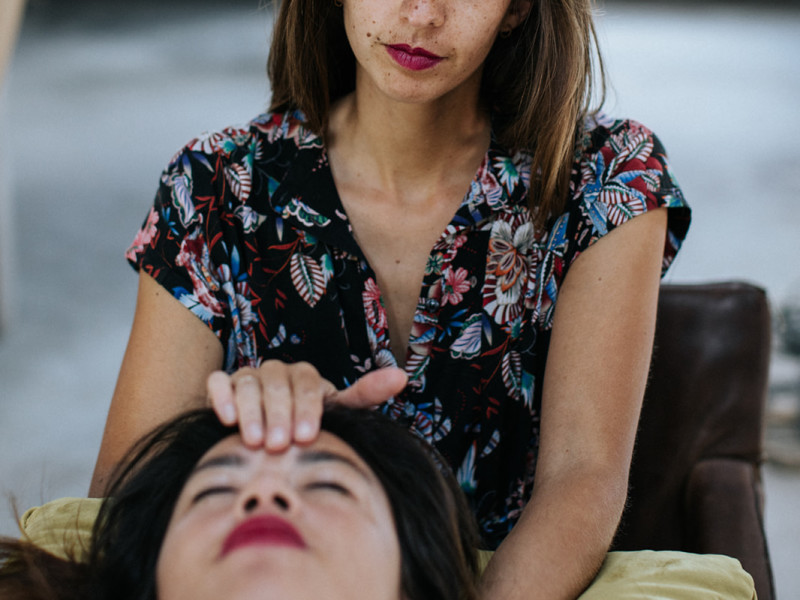 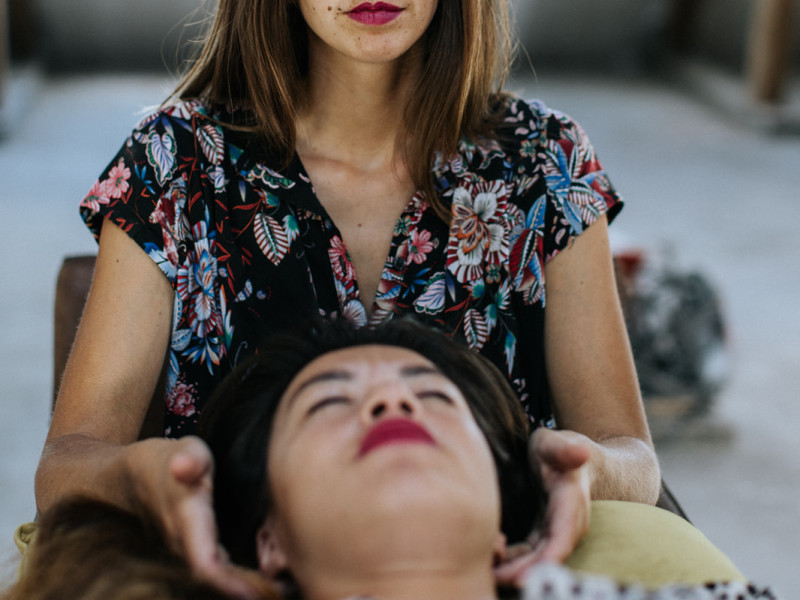 Not everyone is looking for the same thing or has neither the time nor the budget. That's why we offer different sessions. Here is an overview of our services. What would you like?

Would you like to book multiple sessions? We have a special offer for that. 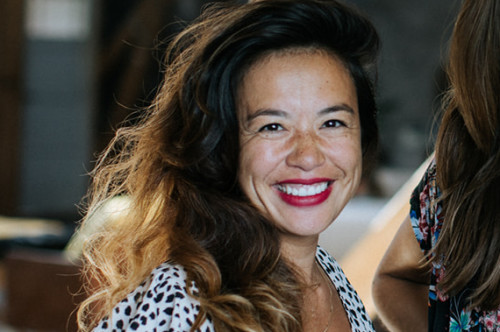 facilitates Bars workshop, facelift, body processes and Access Foundation with great humor and has her own specialty class Sexplore the possibilities. The former speech therapist and singing teacher is a Certified Facilitator and Approved Translator for Access Consciousness®. Also, she is the founder of Barsbabes and enjoys all the work. 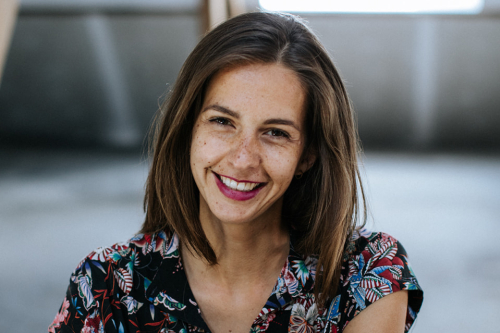 took a Bars class and slowly started treating people and exchanging with other practitioners. Several Access books, additional classes and a lot of clients later she now works with Crystel Poetiray and all the Barsbabes and Boys with great pleasure as an Access Bars/Energetic facelift practitioner and give Access Bars classes.

Your moment of Happiness is now! We are located in Amsterdam, Abcoude and Haarlem.